Nigerian Police Force have apprehended a young lady for allegedly killing the son of her neighbour at the Olodi Apapa area of Lagos.

A lady who is identified as Chinyere Ndubiife has reportedly murdered her neighbours 2-year-old son just to punish his father identified as Promise Samuel. 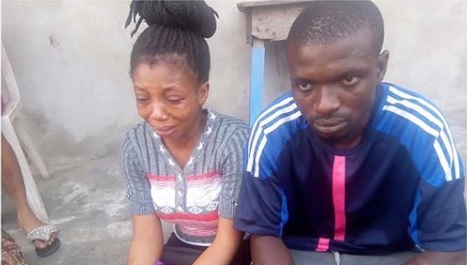 The suspect who has been arrested and currently at Tolu Police station, revealed how she sent a child to call Wisdom from their room.

Ndubiife, a mother of one, then took him to the backyard, where she hit his head against the wall, after which she hit him, again, with a big stone, leading to his death.

Consequently, she dumped the child’s corpse in the toilet, where Samuel later found him.

When asked why she killed the boy, Ndubuife disclosed that her intention was to inflict severe injury on him so that his father would spend money on treating him.