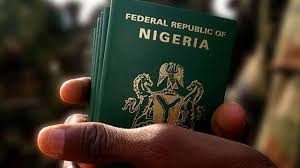 The Nigeria government says it does not intend to revenge or retaliate in any form the ongoing xenophobic attacks on Nigerians in South Africa.

Minister of Foreign Affairs, Geoffrey Onyeama, who met with President Muhammadu Buhari at the Aso Rock Villa on Tuesday over the development, said the Federal Government would instead demand for compensation for victims.

Nigeria, which has since registered a strong protest to the government of South Africa over the situation, will also try to get Nigerian police embedded with their South African counterparts to better protect Nigerians resident there, he said.

Emerging from his meeting with Buhari, the Minister told State House correspondent that Nigeria did not believe that two wrongs would make a right in the present circumstances.

While dismissing possibilities of a retaliatory policies against South Africa, Onyeama said: “We don’t believe that two wrongs make right. I think in terms of revenge on those kind of attacks is not what we are looking forward to.

“The South African government has assured us that they are doing everything possible to address the situation, that they are equally exasperated by the whole event.

“We believe that with that goodwill we may be able to work together to put in place these mechanisms that would make a difference.”

He also disclosed that “we have put forward to the south African government what we think will make a big difference, one with regard to compensation with those who have suffered loss and most importantly, a security proposal that we believe will safeguard the security of Nigerians in the future.”

He added that “we are hoping to see the possibility of sending some security agents deploying them initially in the Nigerian High commission to work closely with the south African police force.

“We believe that would be a very important process to address and preempt this kind of attacks and possibly for them to also be embedded within the police force of South Africa. So, you will have some certain number of Nigeria security people trying to work with the South African police force.

“It is just those two key issues, the compensation payment and what security mechanism be put in place to make sure that this kind of attacks do not recur; we need to have a viable mechanism in place.”

Earlier in the day, Buhari had dispatched a special envoy to convey to President Cyril Ramaphosa of South Africa, his concerns and also interact with him on the situation.

He said that “President Muhammadu Buhari has noted with deep concern, reported attacks on Nigerian citizens and property in South Africa since August 29, 2019.

“Consequently, the President has instructed the Minister of Foreign Affairs, Geoffrey Onyeama, to summon the South African High Commissioner to Nigeria and get a brief on the situation; express Nigeria’s displeasure over the treatment of her citizens; and assurance of the safety of their lives and property.”