The shocking news trending on the internet has it that a two-headed turtle has been discovered on Mabul Island, off the Malaysian part of Borneo. 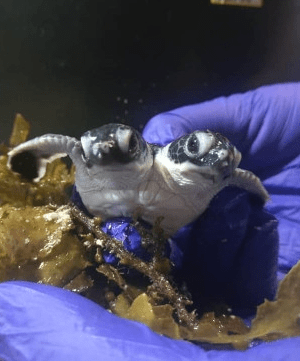 “The right head seems to control the front right flipper, and the left head the front left flipper. Yet they are capable of coordinating their movements in order to walk and swim.”

“We have released around 13,000 hatchlings from the hatchery and have never seen anything like this before,” SJ SEAS chairman Mohamad Khairuddin Riman added. 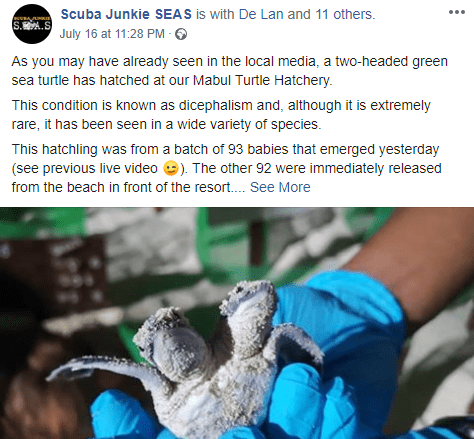