On Tuesday, Speaker Nancy Pelosi (D-Calif.) ripped up her copy of President Trump’s prepared remarks at the conclusion of his State of the Union address. 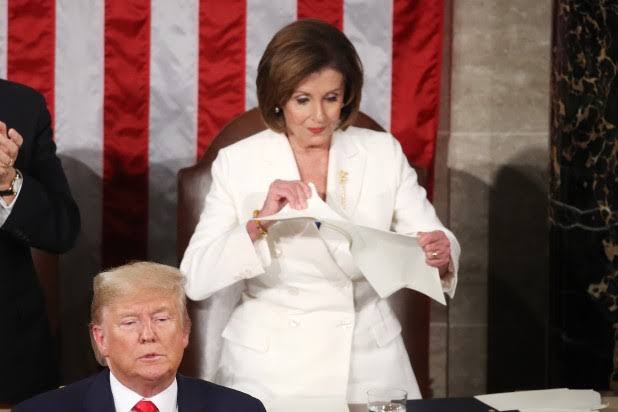 As Trump finished speaking and most lawmakers stood to applaud, Pelosi stood, took the printed copy of Trump’s speech and tore it in half. She placed the shredded copy in a stack on the dais as Trump made his way to greet members of Congress.

Asked afterward why she tore the speech up, Pelosi told reporters it was “the courteous thing to do given the alternative.”

The moment capped a tense address from Trump that started when the president appeared to snub Pelosi’s offer of a handshake.

Pelosi largely seemed to avoid looking at Trump throughout the address, instead reading from his prepared remarks and scanning the room.

She and other Democrats stood and applauded only periodically, even as Republicans regularly gave ovations. Pelosi could be seen subtly shaking her head “no” when Trump pledged to protect Medicare and Social Security as well as rejecting his claim that Democrats want to provide “unlimited health care” for undocumented immigrants.

The speech came weeks after the House impeached Trump for abuse of power and obstruction of Congress and one day before the GOP-controlled Senate is likely to vote to acquit him.

Pelosi also made waves at Trump’s State of the Union last year, when her pointed applause at Trump calling for an end to “revenge politics” went viral.

Watch the video, see photos below; 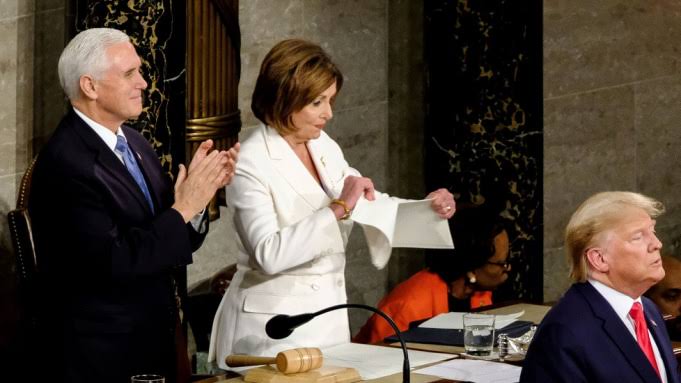 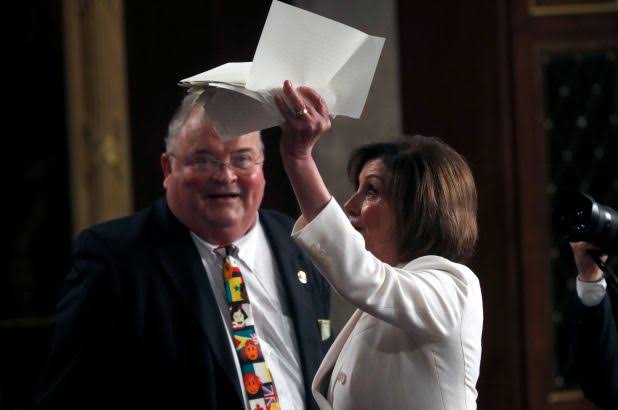