Cardi B and Nicki Minaj have been going at each other all day but they seem to have finally called truce.

The female rappers tore at each other yesterday after Nicki appeared on Queen Radio to talk about their fight at New York Fashion Week.

After Nicki’s revelations on Queen Radio, Cardi hopped on Instagram to call out Nicki in a series of videos – no fewer than 10.

Well, Nicki seems to have decided to put an end to the drama because she took to Twitter to say she was done with the “nonsense” and now wants to focus on positive things.

Ok you guys, let’s focus on positive things only from here on out. We’re all so blessed. I know this stuff is entertaining & funny to a lot of people but I won’t be discussing this nonsense anymore. Thank you for the support & encouragement year after year. Love you.

@Nickiminaj alright then! Let’s keep it positive and keep it pushing! 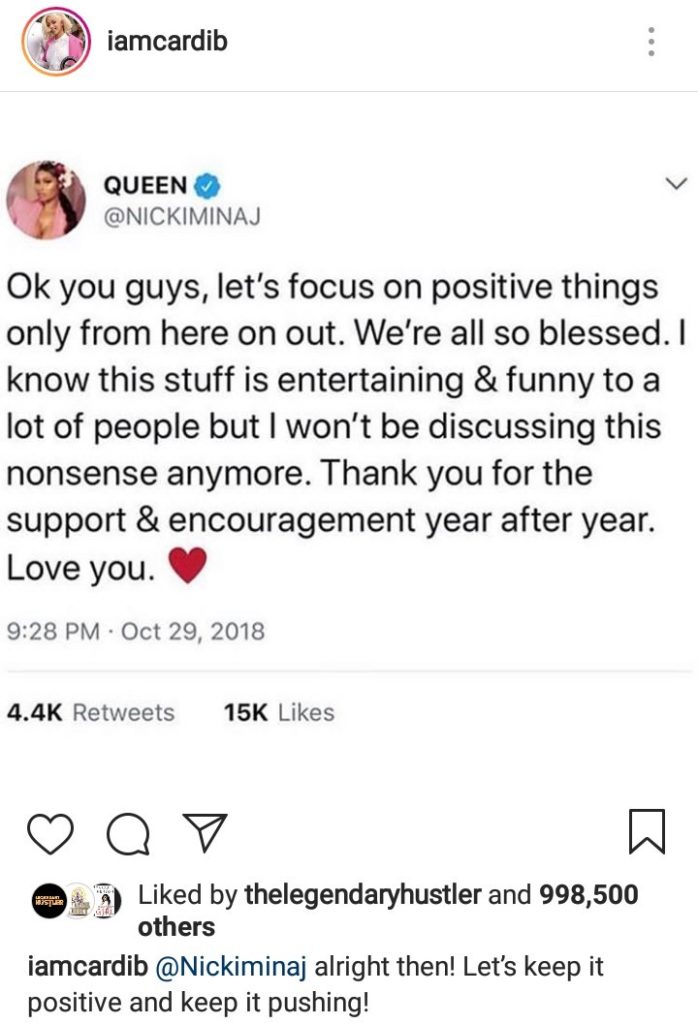