In the early hours of Sunday, December 2, 2018 some gunmen robbed a filling station along Atu Street in Calabar, Brainnews report

The name of the filling station was given as UD King, but unfortunately for them (robbers) security operatives were alerted

Five of the robbers were killed during a gun duel between the miscreants and men of Homeland Security at Target by Mary Slessor, Calabar South, Cross River State.

The bodies of the robbers were later paraded at the Nigerian Police, Atakpa division. 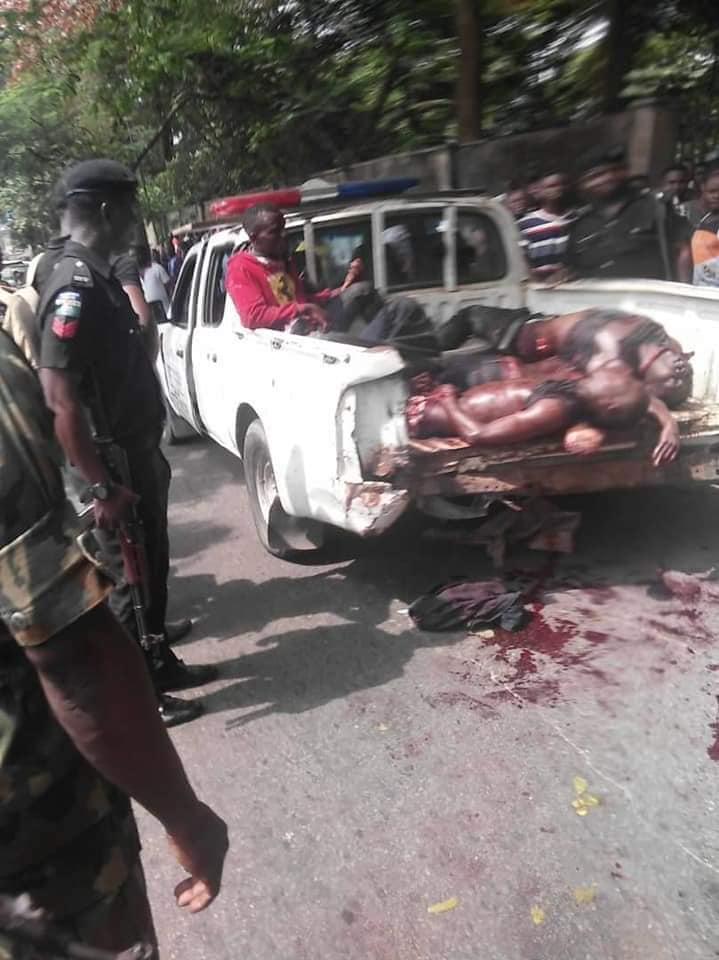 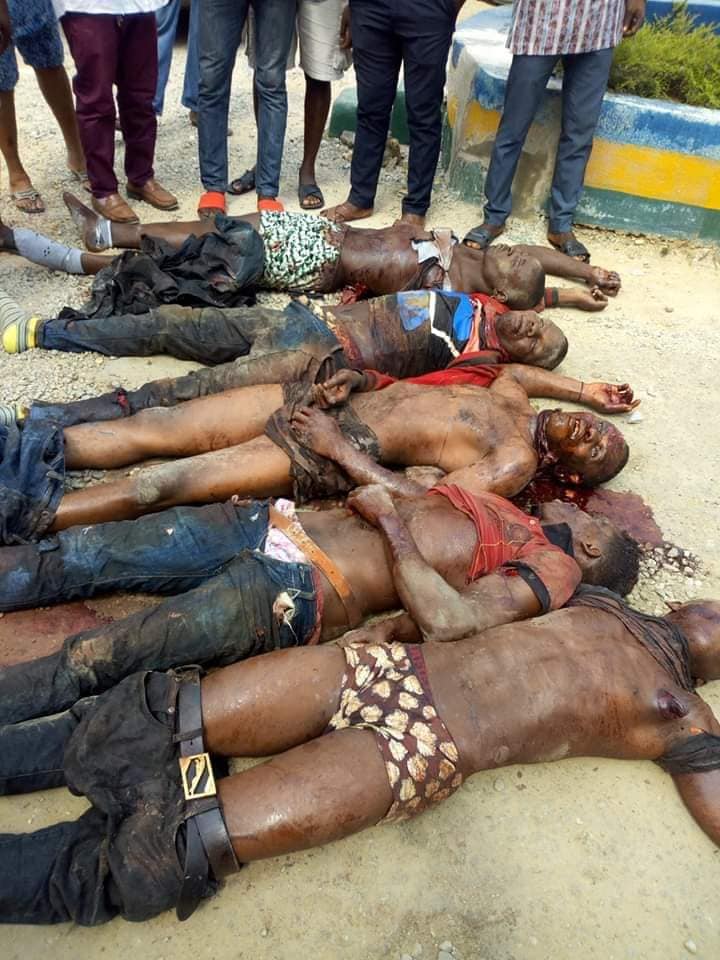 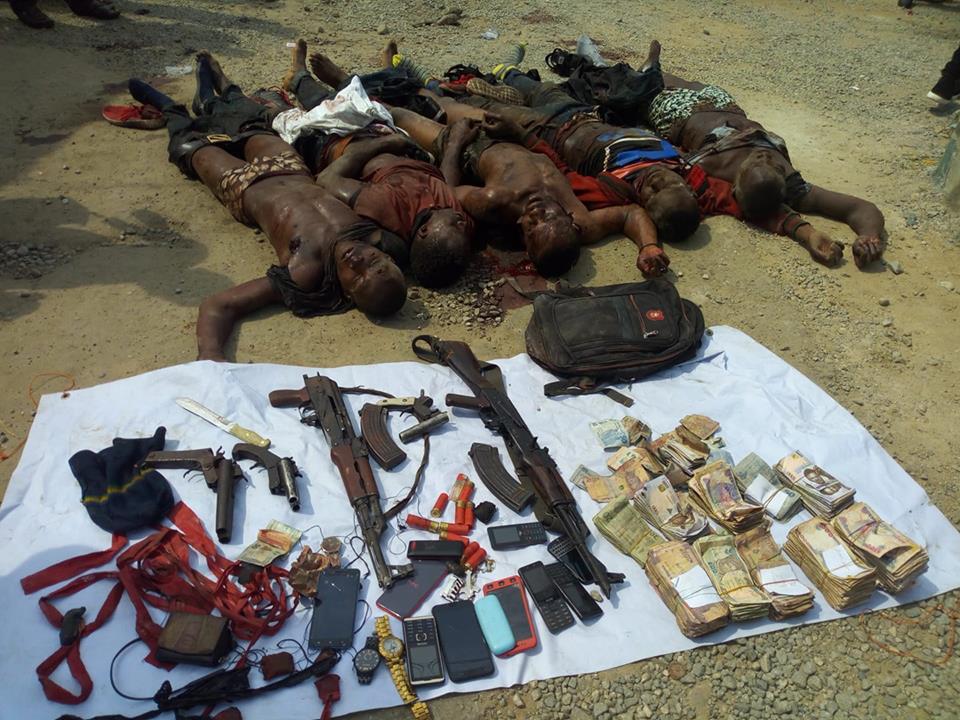