[Photos] Yahoo Plus Boy Dies In An Accident In Ghana

An alleged Yahoo Plus boy AKA Sakawa Boys in Ghana has lost his life after he was involved in a fatal accident.

The Ghanaian social media has been thrown into a state of shock and mourning following the death of the young man known as Pablo Doe Bwoy.

Findings are still ongoing to determine truly if this accident victim was a yahoo plus boy, it must be noted that his social media posts suggest that he was living a fast life and may have led to such conclusion.

Pablo Doe Bwoy graduated from Koforidua Senior High Technical School, Pablo who was known in real life as Emma seemed to be relatively living in comfort as compared to his peers.

Since the news of Pablo’s death broke early Saturday morning, many of those who knew him have taken to social media to cry their hearts out. Many of them cannot just believe that the young man is no more and are deeply in pains. 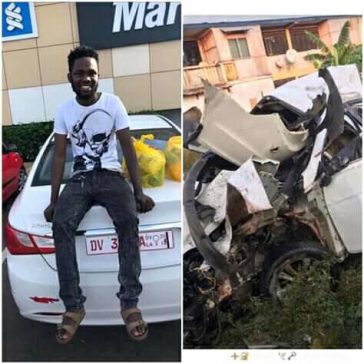 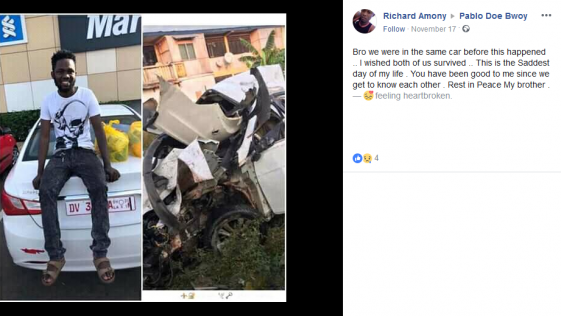