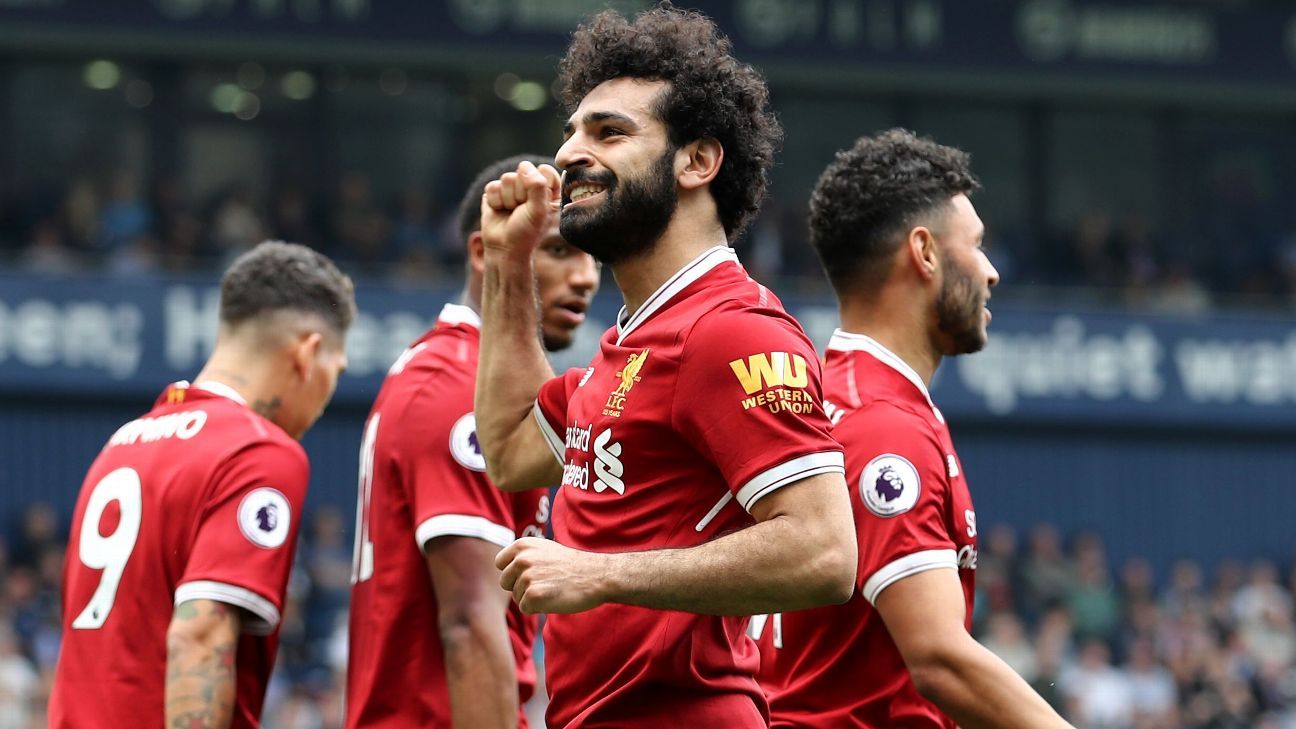 The match which ended 0-4 in favour of Liverpool saw the Reds at the top of the league log as Manchester City prepares to battle Chelsea at Stanford Bridge this evening.

Salah made a record for himself today, scoring 40 goals in just 52 appearances, making him the first to reach such milestone as a Liverpool player.

In the history of the competition, only Alan Shearer and Andy Cole have reached 40 goals in fewer games (both 45), underlining the significance of Salah’s achievement – skysports reports.

According to Skysports, Salah’s hat-trick – the first by a Liverpool player in an away game since Luis Suarez against Cardiff in 2014 – takes him to 10 Premier League goals for the season so far, putting him joint-top of the scoring charts with Arsenal’s Pierre-Emerick Aubameyang.

It could be recalled that Salah last season was Premier league’s Golden Boot winner and Best player.

After a relatively slow start to this year’s campaign, Salah is now scoring at a similar rate to last season.

He’s struggling apparently, Salah. Not happy, not at his best, sinking amid the ridiculous standards he set for himself last season.

But Salah was unstoppable against Bournemouth, as his goals helped Liverpool moved two points clear of Manchester City at the top of the Premier League table ahead their meeting with Chelsea Same day evening.

If his first goal was about instinct, his second and third were about sheer quality and single-mindedness. The old Salah, you could say. But it depends if you think he ever went away. It was certainly classic Salah the way he collected Firmino’s pass and drove at the Bournemouth defence, three minutes into the second half. Steve Cook tried to foul him, raking his studs down the Achilles.

Salah grimaced, stayed on his feet and steered his shot across Begovic and into the far corner, via a slight deflection – Goal.com writes.

We now wait to see what will become of Manchester City at Stanford Bridge, if the London champions will allow for a defeat at home.