Many people have been killed in an ongoing terrorist attack at hotel in Nairobi, Kenya. 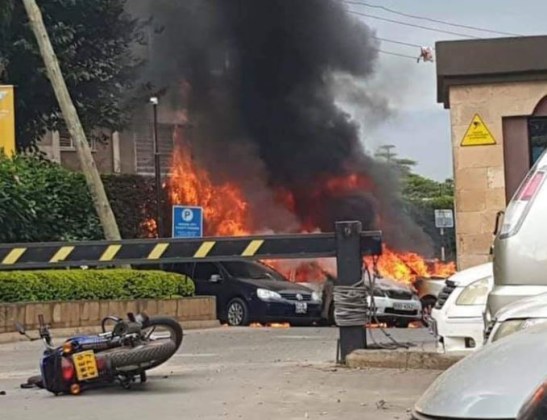 The terrorist attack which is still ongoing at an upscale hotel complex in Kenya’s capital has left many people dead.

AP reported that, Kenyan police officer among attack’s 1st responders says he saw bodies but ‘no time to count the dead’

It was gathered that the attack started with a blast and heavy gunfire. Witnesses and police at the scene are calling it a terror attack.

The complex in Nairobi includes a large hotel known as DusitD2, banks and offices. Several vehicles are burning. People are being rushed and carried from the scene while gunfire continues several minutes after the first reports.

Police spokesman Charles Owino says that “we have sent officers to the scene, including from the anti-terrorism unit, but so far we have no more information.” Ambulances, security forces and firefighters have rushed to the scene, sirens wailing.

The attack reminds many Kenyans of the Westgate Mall attack in Nairobi in 2013, when al-Shabab extremists burst into the luxury shopping center, hurling grenades and starting a days-long siege that left 67 people dead.

A Kenyan police officer who was among the first responders at the at Dusit Hotel attack says he saw bodies but ‘no time to count the dead’.

Some Kenyan hospitals are appealing for blood donations as the number of people wounded in an attack on an upscale hotel complex in Nairobi remains unknown.

Night has fallen and it is not immediately clear whether attackers are still active in the complex and how many people might be trapped or hiding inside.

The Somalia-based extremist group al-Shabab is claiming responsibility for the attack on an upscale hotel complex in Nairobi and says its members are still fighting inside. 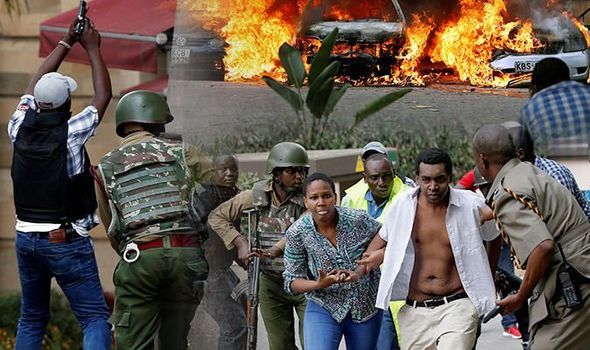 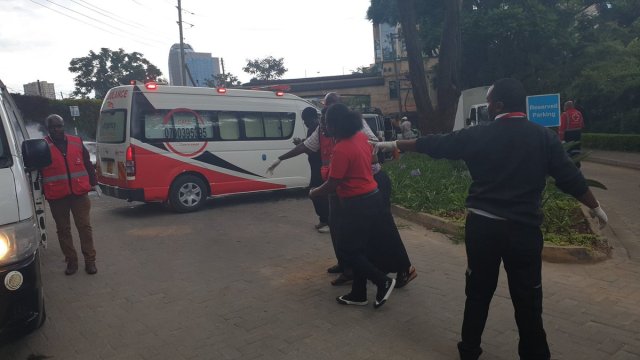 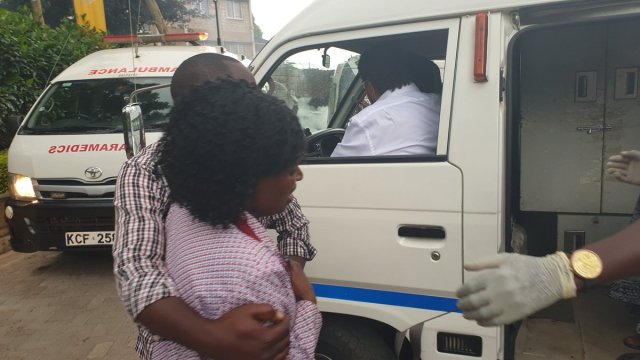