Children’s Day is a day set aside to celebrate and hnour the existence of children. Nigeria celebrate her own on May 27 annually. 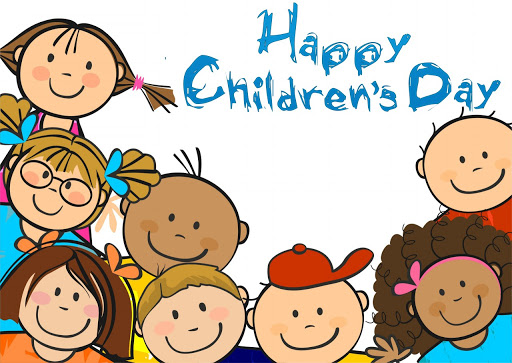 Children’s Day began on the second Sunday of June in 1857 by Reverend Dr. Charles Leonard, pastor of the Universalist Church of the Redeemer in Chelsea, Massachusetts: Leonard held a special service dedicated to, and for the children. Leonard named the day Rose Day, though it was later named Flower Sunday, and then named Children’s Day.

Children’s Day was first officially declared a national holiday by the Republic of Turkey in 1920 with the set date of 23 April. Children’s Day has been celebrated nationally since 1920 with the government and the newspapers of the time declafring it a day for the children. However, it was decided that an official confirmation was needed to clarify and justify this celebration and the official declaration was made nationally in 1929 by the founder and the President of the Republic of Turkey, Mustafa Kemal Atatürk.

The International Day for Protection of Children is observed in many countries as Children’s Day on 1 June since 1950. It was established by the Women’s International Democratic Federation on its congress in Moscow (4 November 1949).[citation needed] Major global variants include a Universal Children’s Holiday on 20 November, by United Nations recommendation.

Even though Children’s Day is celebrated globally by most of the countries in the world (almost 50) on 1 June, Universal Children’s Day takes place annually on 20 November. First proclaimed by the United Kingdom in 1954, it was established to encourage all countries to institute a day, firstly to promote mutual exchange and understanding among children and secondly to initiate action to benefit and promote the welfare of the world’s children.

That is observed to promote the objectives outlined in the Charter and for the welfare of children. On 20 November 1959, the United Nations adopted the Declaration of the Rights of the Child. The United Nations adopted the Convention on the Rights of the Child on 20 November 1989 and can be found on the Council of Europe website.

In 2000, the Millennium Development Goals outlined by world leaders to stop the spread of HIV/AIDS by 2015. Albeit this applies to all people, the primary objective is concerning children. UNICEF is dedicated to meeting the six of eight goals that apply to the needs of children so that they are all entitled to fundamental rights written in the 1989 international human rights treaty. UNICEF delivers vaccines, works with policymakers for good health care and education and works exclusively to help children and protect their rights.

In September 2012, the Secretary-General Ban Ki-moon of the United Nations led the initiative for the education of children. He firstly wants every child to be able to attend school, a goal by 2015. Secondly, to improve the skill set acquired in these schools. Finally, implementing policies regarding education to promote peace, respect, and environmental concern. Universal Children’s Day is not just a day to celebrate children for who they are, but to bring awareness to children around the globe that have experienced violence in forms of abuse, exploitation, and discrimination. Children are used as laborers in some countries, immersed in armed conflict, living on the streets, suffering by differences be it religion, minority issues, or disabilities. Children feeling the effects of war can be displaced because of the armed conflict and may suffer physical and psychological trauma. The following violations are described in the term “children and armed conflict”: recruitment and child soldiers, killing/maiming of children, abduction of children, attacks on schools/hospitals and not allowing humanitarian access to children. Currently, there are about 153 million children between the ages of 5 and 14 who are forced into child labor. The International Labour Organization in 1999 adopted the Prohibition and Elimination of the Worst Forms of Child Labour including slavery, child prostitution, and child pornography.

A summary of the rights under the Convention on the Rights of the Child can be found on the UNICEF website.[17]

The United Nations children’s agency released a study referencing the population increase of children will make up 90 percent of the next billion people.

List of country that celebrate children’s day according to their date:

Albania
Children’s day in Albania is celebrated on June 1.

Armenia
In Armenia, Children’s Day is celebrated on 1 June.

Australia
Children’s Week is an annual event celebrated in Australia during the fourth week in October, from the Saturday before Universal Children’s Day to the following Sunday. It was established as a holiday in 1954. Until 1977 Child Care Week was held in various Australian states and territories focusing on children in care or those in institutions. It was held at different times. In 1984 it was decided to coordinate a national week to include all children.

Azerbaijan
In Azerbaijan, Children’s Day is celebrated on 1 June.

Bangladesh
Since 2009 JAAGO Foundation has been celebrating International Children’s Day (বিশ্ব শিশু দিবস) throughout Bangladesh by engaging youth and creating awareness about children’s right on 20 November which is the declared Universal Children’s Day by United Nation. After this movement gained a lot of attraction, Bangladesh started celebrating, Children’s Day on 17 March on the birthday of the Father of the Nation Bangabandhu Sheikh Mujibur Rahman.

Bolivia
Children’s day in Bolivia was first established in 1954. Google made a Google Doodle celebrating this holiday on 13 April 2019. Although the holiday is celebrated on 12 April, not the 13th.

Bulgaria
In Bulgaria, Children’s day (Ден на детето) is celebrated on 1 June.[24] Traditionally kids receive very special attention from their family, including Birthday-like presents. In the past, all drivers were expected to drive with their lights on all day long to demonstrate extra vigilance over children’s safety. Now it is compulsory to drive with the lights on every day of the year.

Cambodia
In Cambodia. Children’s Day is celebrated on 1 June.

Cameroon
In Cameroon, Children’s Day was established as a holiday in 1990.

Chile
In Chile, Children’s Day is officially recognized and assigned to the first Wednesday of October. However, it is observed on the second Sunday of August. It retains none of the international flavors as a day to recognize the needs of or rights of children but is observed merely as a commercial holiday dedicated to buying toys for children.

China
In the People’s Republic of China, Children’s Day is celebrated on 1 June and is formally known as “the June 1 International Children’s Day”. When the People’s Republic of China was first established in 1949, the State Council (Cabinet) designated a half-day holiday for all primary schools on 1 June. This was later made into a full day’s break in 1956 with The Announcement by the State Council to make 1 June Children’s Day a One-Day Holiday. Schools usually hold activities such as children’s performances, camping trips, or free movies on Children’s Day or the day before to allow students to have fun. Children of civil servants might also receive small gifts from the government until they are fourteen, and Civil servants who have children sometimes have a half-day holiday on 1 June to spend more time with their children. Entrance and set out ceremonies of the Young Pioneers of China are usually held on 1 June as well. The entrance of children under 14 into the Forbidden City is free on 1 June, while each accompanying adult gets 50% off.

Colombia
In Colombia, Children’s Day is celebrated on the last Saturday of April. It was established as a holiday in 2001.

Croatia
In Croatia, Children’s Day is celebrated on 11 November.

Cuba
In Cuba, Children’s Day is celebrated on the third Sunday of July.

Egypt
In Egypt, Children’s Day is celebrated every 20 November with festivals and games for children, but not in every city like Cairo, Alexandria, etc.

Eritrea
In Eritrea, Children’s Day is celebrated on 8 December.

Finland
In Finland, Children’s Day is known as Day of Children’s Rights and is celebrated on 20 November. 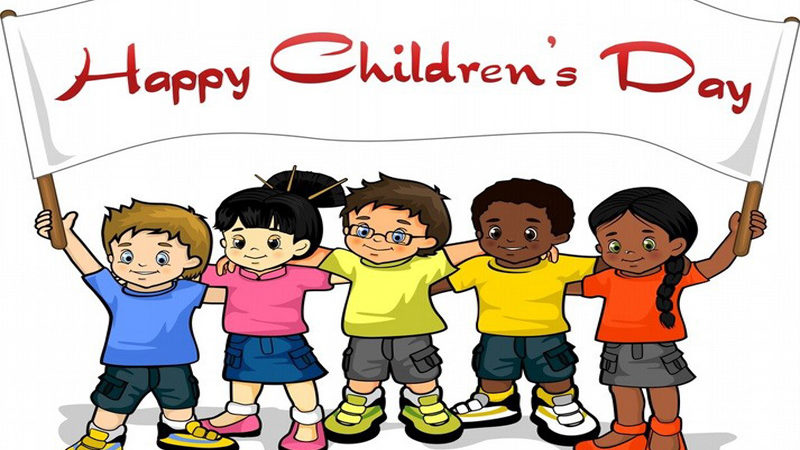 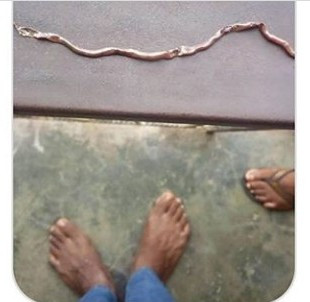 Mother Saves Son’s Life, As She Kills Snake In His Room (Photos)