According to reports from Police in Kenya on Friday, has it that 30-year-old man, James Maina has been arrested after he allegedly stabbed his two daughters to death at Mshomoroni area, in Kisauni Sub-county area in Kenya.

Kenyans.co.ke reports that Maina returned home after a drinking spree and asked the girls, who were playing outside, to join him indoors for a piece of mango.

Surprisingly, the father instead grabbed a knife from their cluttered one-roomed house and attacked them. He stabbed one in the chest and the other in the neck. 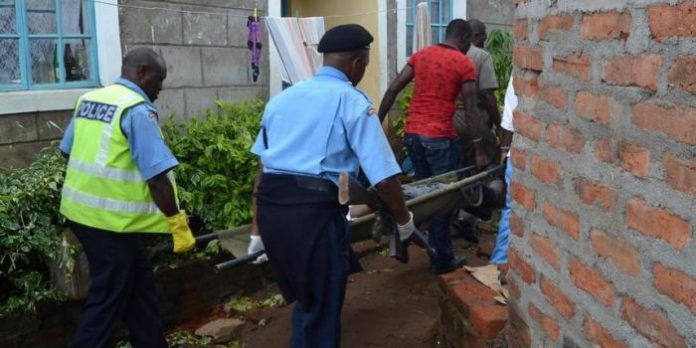 According to Nation, the girl’s bodies were discovered by the landlady, Linah Righa, who disclosed that the suspect and his wife, a businesswoman, were having marital issues.

“The couple has been living here for four months and the woman has been having problems because of her husband’s drinking. She is the one who has been struggling to feed the family,” Ms Righa claimed.

Moreover, the landlady also disclosed that on that particular day, she had sent her daughter to go and find out why the girls were not responding to her lunch call.

“I went with her and knocked on the door. The children’s father did not respond, so we broke down the door. We found him sitting on a jerrican. He said he had killed the children,” Ms Linah lamented while breaking into sobs.

On the other hand, Charles Kimani, Maina’s father, acknowledged that his second-born had been having a drinking problem for years.

Furthermore, he confirmed that the drinking had been the source of problems in his son’s eight-year marriage.

Mombasa Police Commander, Johnston Ipara, speaking to the Nation, announced that they had launched investigations into the murder.