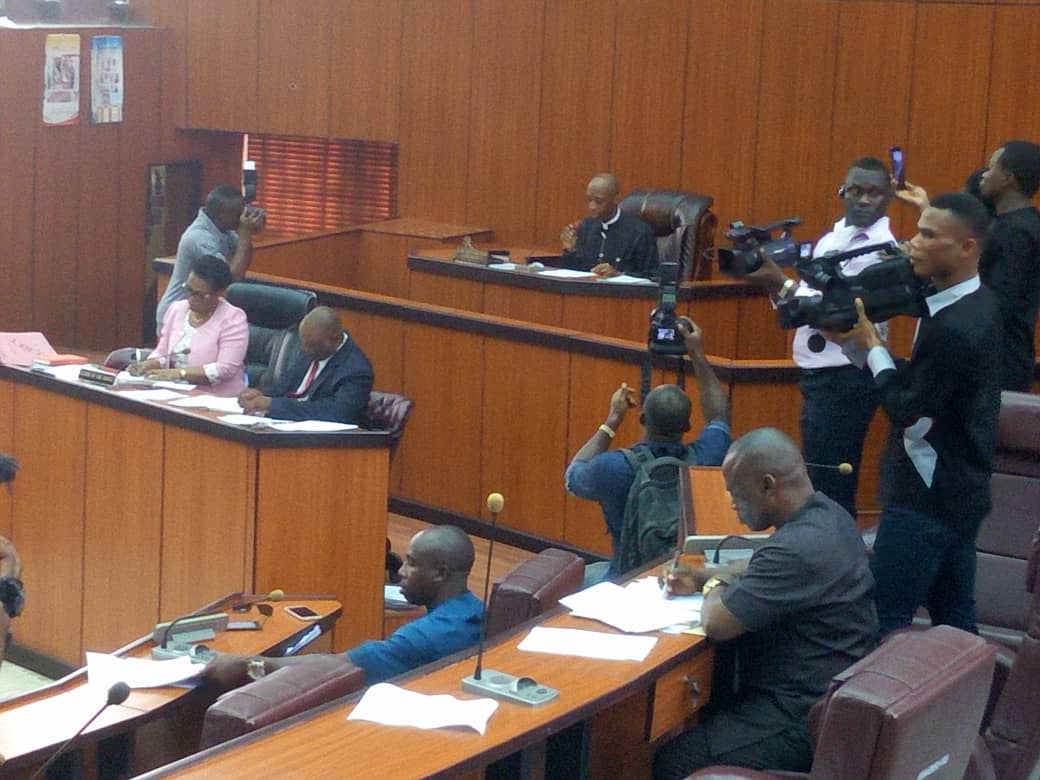 An attempt by miscreants who were formerly members of the state House of Assembly had been foiled.

The illegal invasion by five sacked lawmakers was aided by some security agents and thugs, who chased out staff of the House of Assembly.

However the arrival of the Speaker of the Assembly, Onofiok Luke, who was accompanied by 20 other members marked a tragic end of the comedy.

According to reporters, on sighting the arrival of the lawmakers, the impostors scampered out of the complex.

The 21 lawmakers have now taken their seats and the proceedings is about to commence.

The clerk of the House, Mrs Mandu Umoren and other staff are now seated in the chambers.

The Chief Security Officer of the state, His Excellency Gov Udom Emmanuel arrived the complex and had a private meeting with the speaker in the Speaker’s office.

Findings by Brainnews has it that proceeding is now in progress..